Cambry has become so independent.  She loves to do things on her own.  Some of the things I want to remember:
-When she wants a bottle, she gets one from the drawer and brings it to me.
-She loves going up the stairs and gets mad when I pick her up.
-She would rather walk on her own, than be held.
-She is a squawker.  When she wants something she tends to squawk instead of speak.
-Words she says: mama, dada, tux, sit
-She is constantly in EVERYTHING!  She empties drawers faster than I can clean them.  She has learned how to lift the toilet lid and loves to put her hands in the water.
-She doesn't like to swim.  We took her to the pool and she cried for the majority of the time.
-It seems like she has had a cough/runny nose the majority of the winter.  As soon as she gets better, it seems like she gets something else.
-She sleeps from 7:30pm-7ish in the morning, which isn't too bad.  Anything after 7 is fine with me.  She still takes two naps, the first one around 10:00 am-11:30 or 12 and then again 3-4:30 or 5.
-She still rides backward in her infant seat.  She doesn't seem to mind it so we are leaving her backward for a while.
-Some of the things she likes to eat are: yogurt, cheese, blueberries, strawberries, beans, corn, and cheerios. But nothing is a guarantee, one day she'll eat it and the next day she is throwing it on the floor to Tux. Things she won't eat: most any vegetable (I can't think of one she'll eat) and meat.  Which cuts out a lot of food we eat, which makes it hard to come up with food for her.
-She loves music and loves to dance.  As soon as music comes on, she is moving. 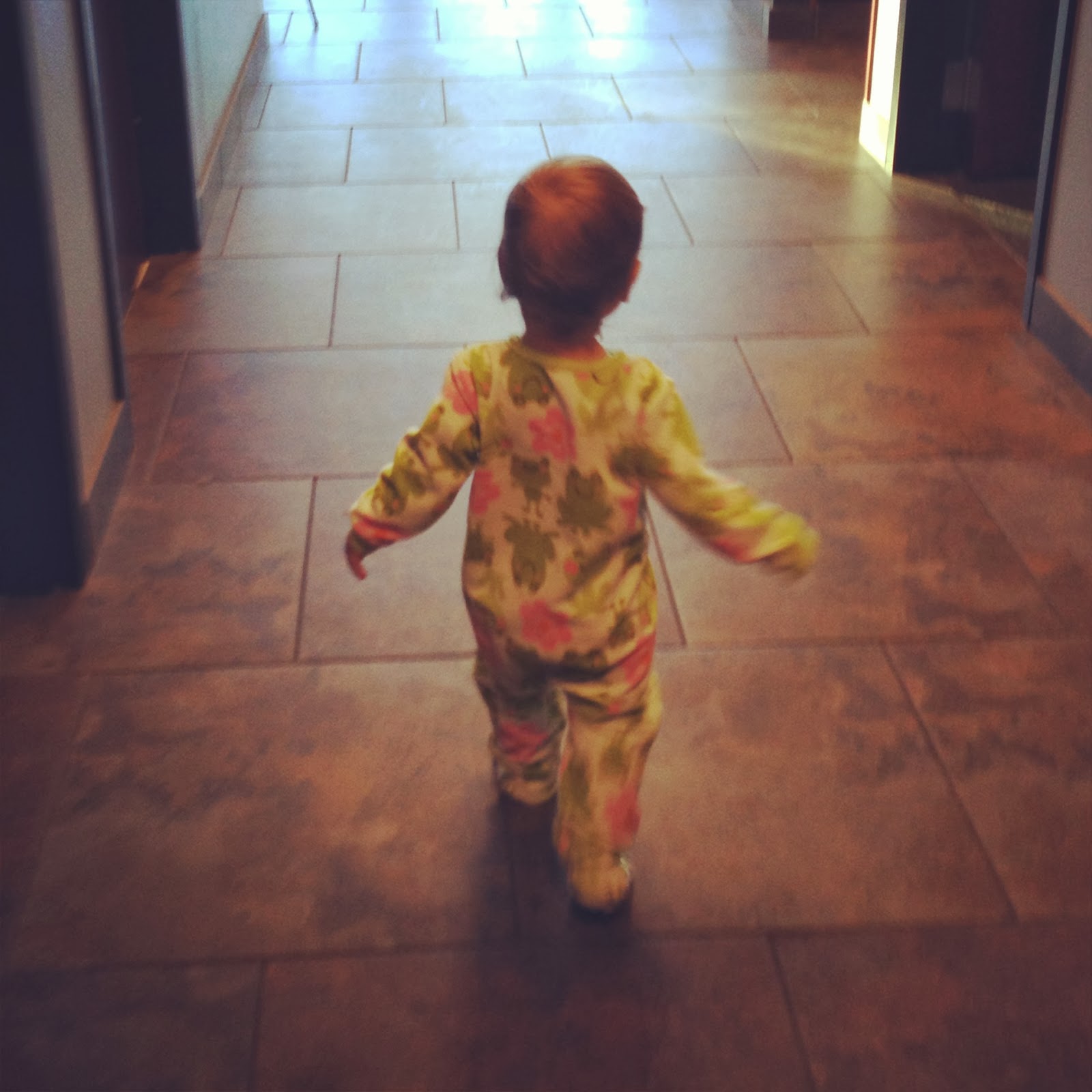 Insists on walking out of the gym on her own. 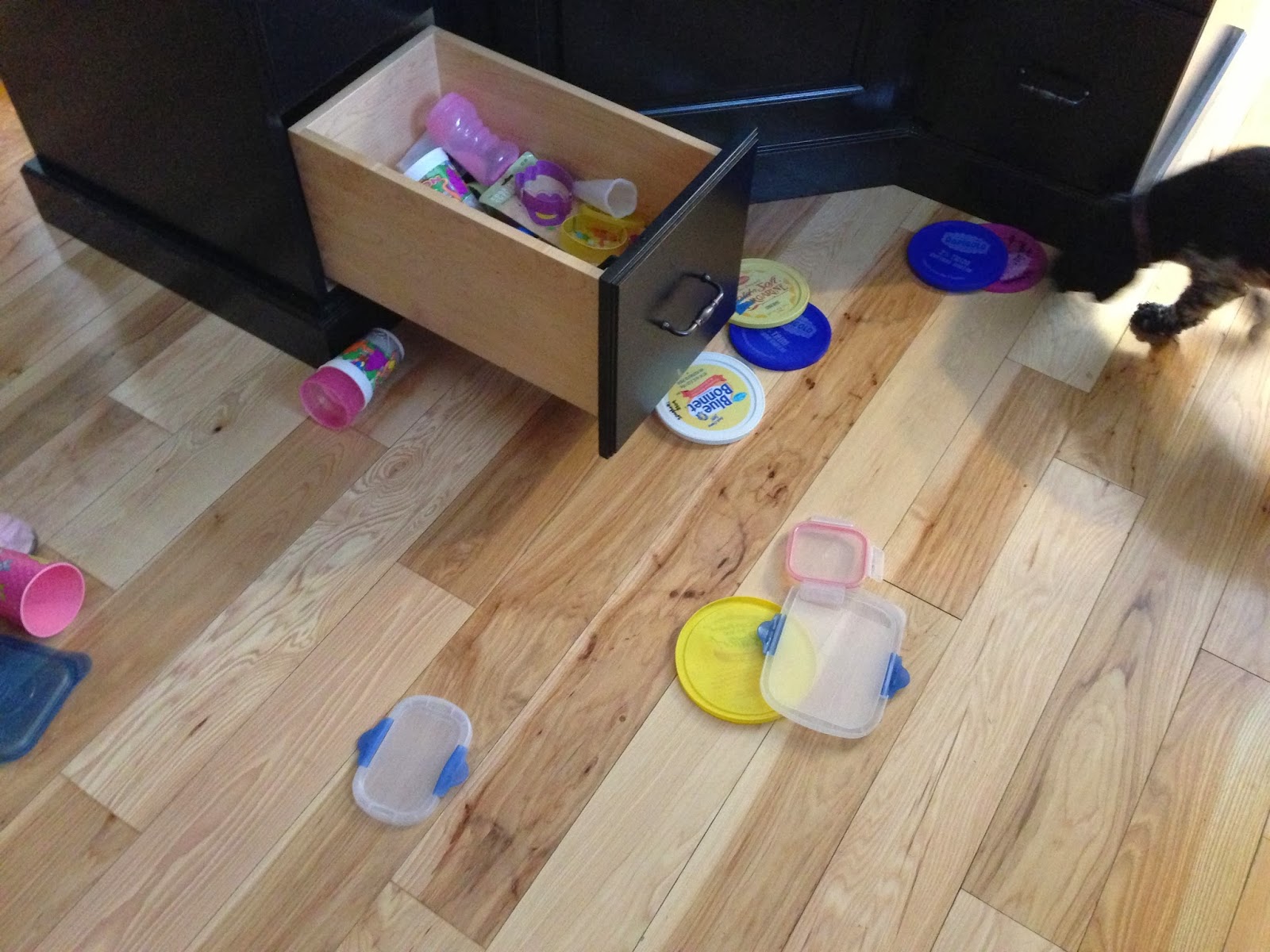 This drawer is emptied multiple times/day. 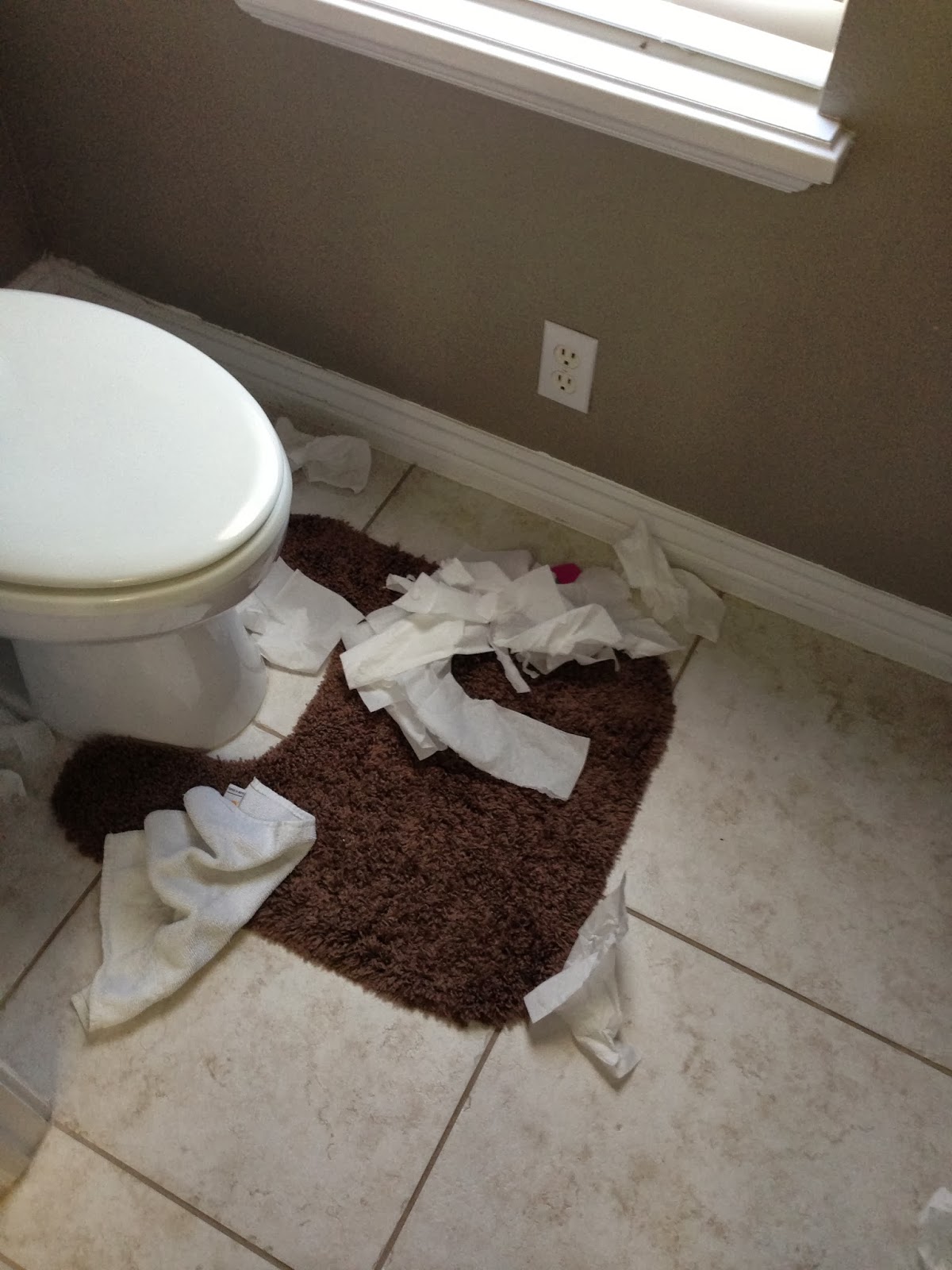 Toilet paper, kleenex boxes, she's all over it. 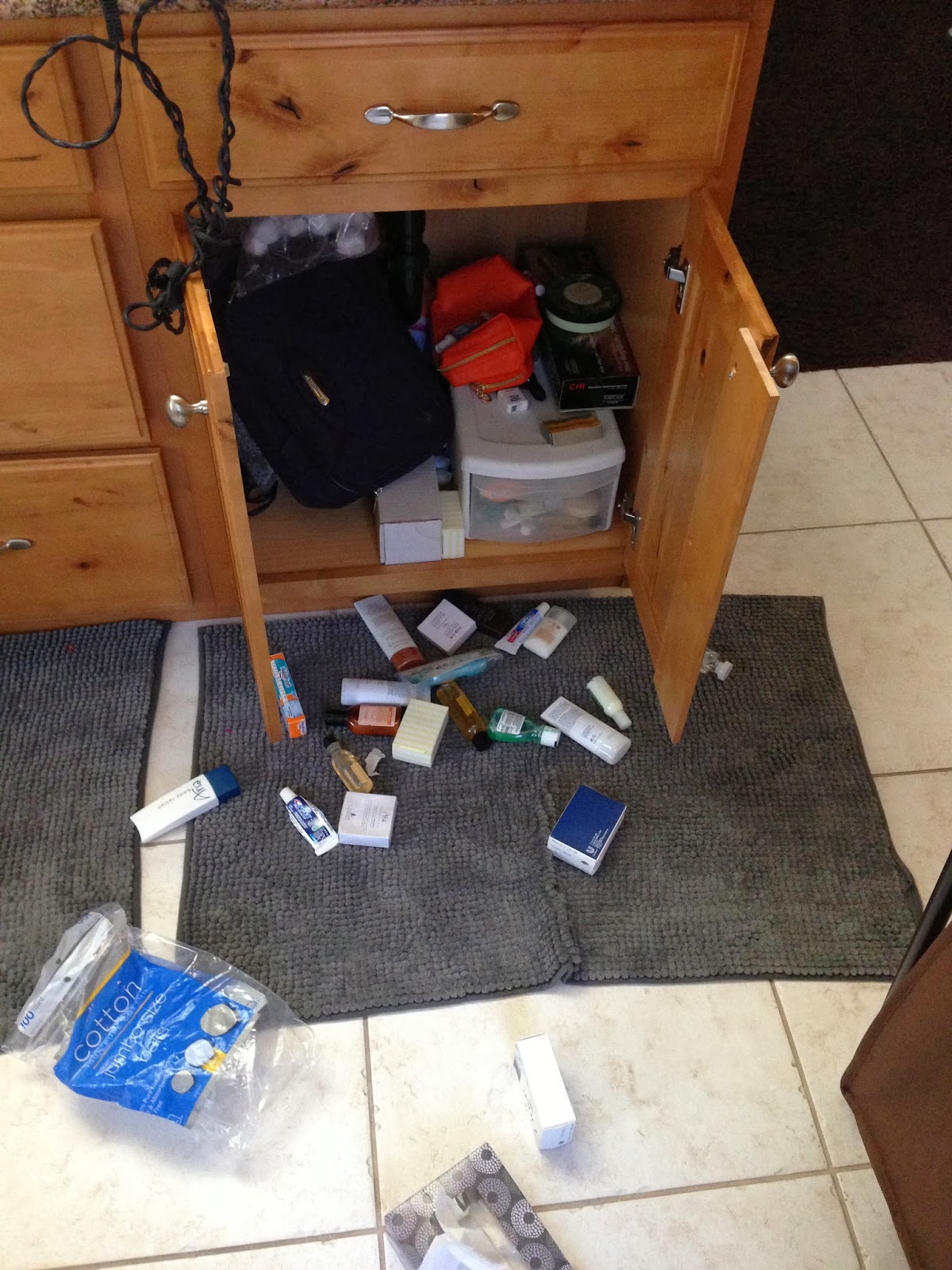 Another favorite cabinet of hers. 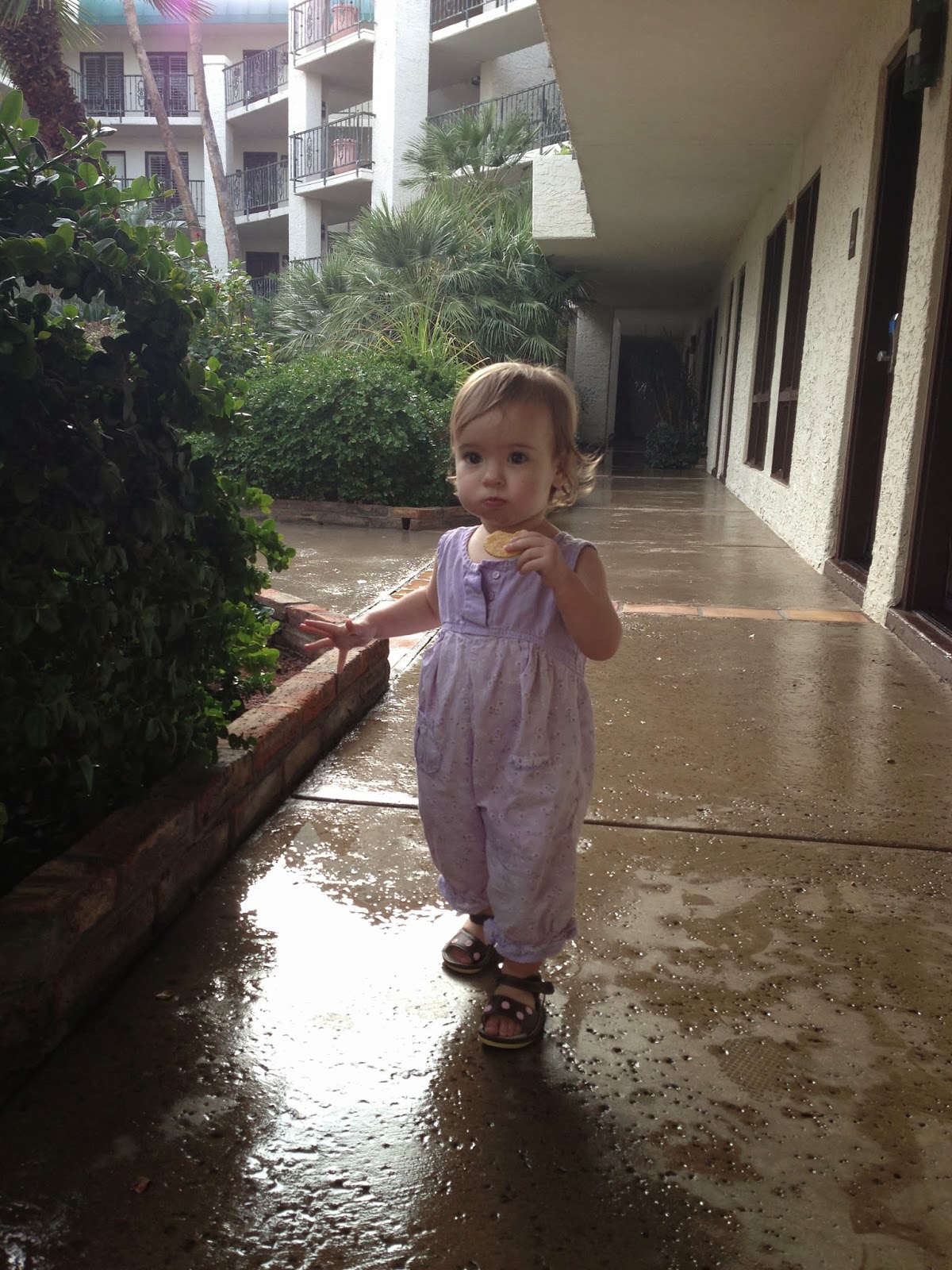 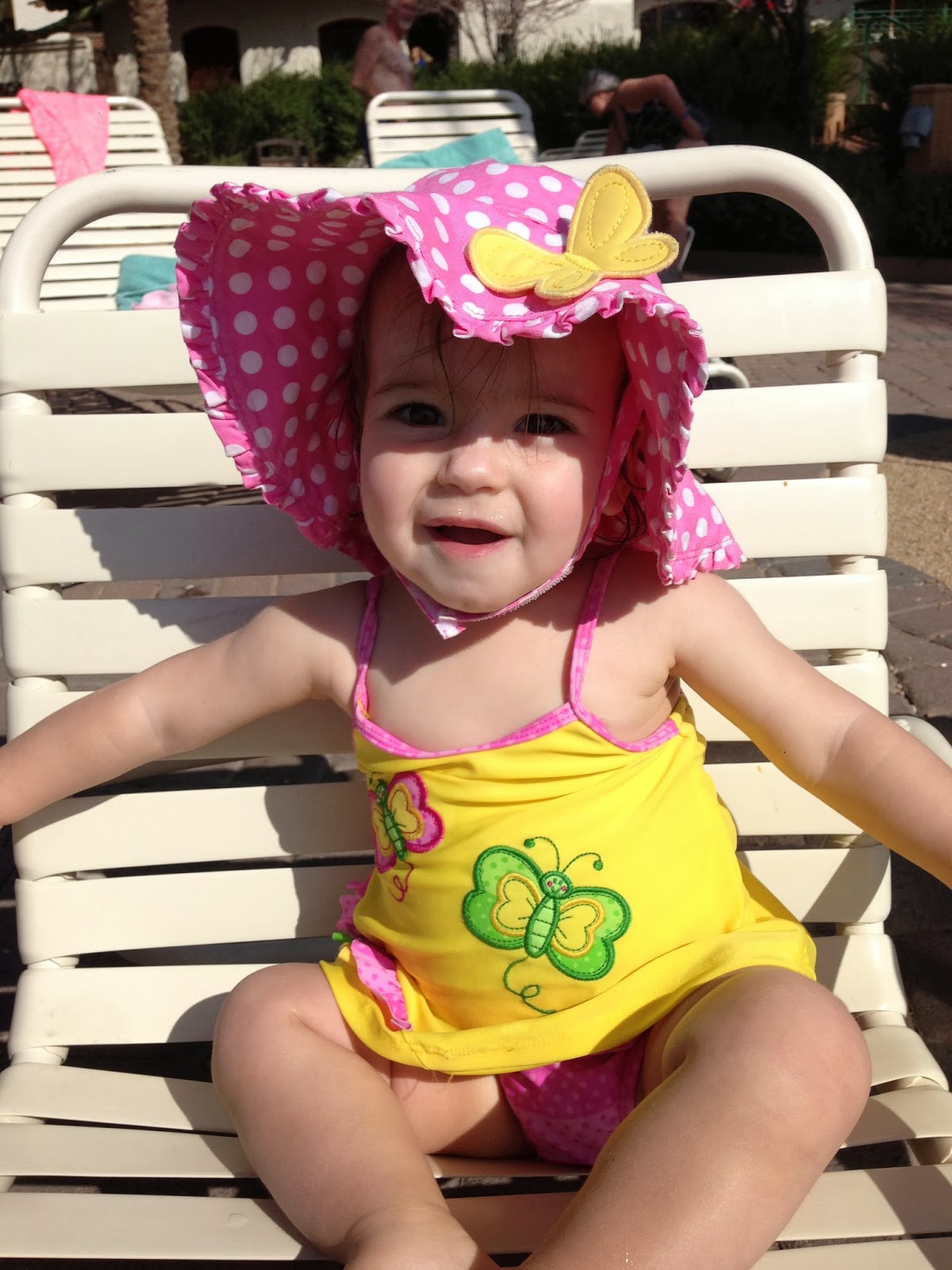 She might not love the water, but she sure is cute hanging out by the pool!
Posted by Penny at 7:30 PM