This Christmas we flew to Washington DC to be with Mike's family. There were 14 of us under one roof for a week. It was a fun, crazy, exciting week. We were the last to arrive on Saturday evening. 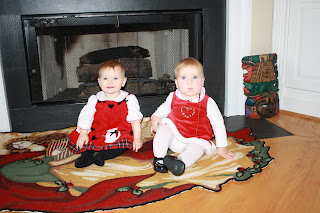 Sunday we all went to church and dressed the kids in their Christmas clothes. This was a great picture of Abi, smiling and everything. Abi is Izzy's favorite word at the moment. She walks around the house saying, A-bi! 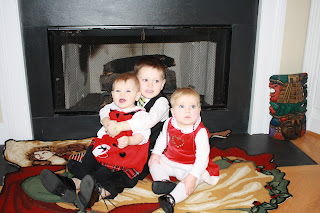 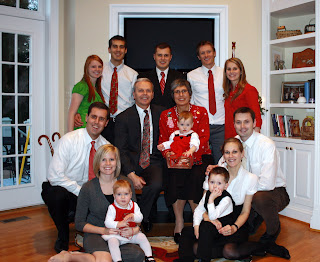 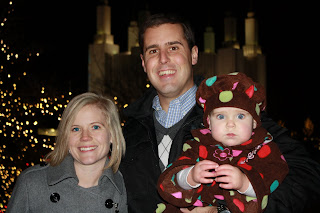 Sunday night we went to Washington DC temple. We tried to go to a concert that night at the visitor's center, but it was full. We took some pictures and then got out of there because it was freezing! 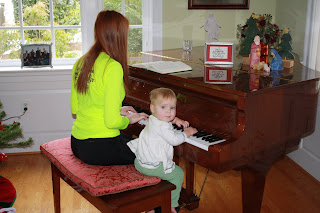 Izzy loves hanging out with Dana. Maybe Izzy will learn to play the piano one day. She would have a great teacher with Aunt Dana. 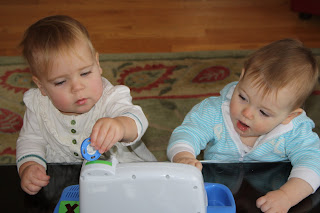 Izzy and Abi had a great time playing together. 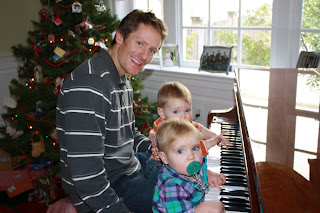 Danny was a big hit with the kids. Izzy's favorite thing was trying to get food from everyone. She would walk up to everyone and say Guillaume. We were all trying to figure out why she was saying Guillaume for food. Then we figured out, Guillaume has been teaching her to say his name say he would teach her to say his name and then he would reinforce her by giving her food. It was super cute watching her go up to people with food and saying Guillaume. 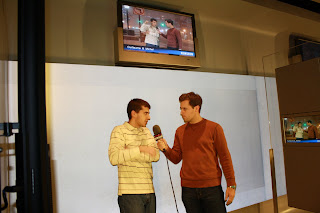 We went to the Newsuem, which was the best museum I've been to. There was lots of information about media and all the big stories in the history. They had a lot of info on Katrina and 9/11. They also had an interactive floor where you could be a newscaster. So Mike is interviewing Guillaume in this picture. 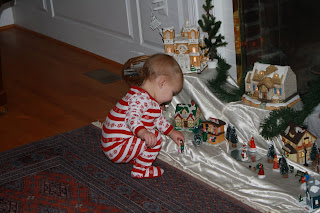 I love these pajamas so I had to include this picture. The Bergerons had a village set up, of course, Izzy aka the terror, had to destroy it. I found one of the village person's head in her mouth. Oops, I guess she broke one, along with an ornament from the tree.
I will post the rest of Christmas soon....
Posted by Penny at 7:54 AM 6 comments:

I had Izzy's pictures taken at the end of October for her first birthday. So I have been waiting patiently to see the results. I used Skye Johannsen as the photographer and she is amazing. I almost didn't do it because I thought it was pricey, but she is so much better than anyone else I could find. I am so glad I chose her; the pictures are absolutely adorable. I have only seen these three so far, I should get the CD with the rest in the next few days!! 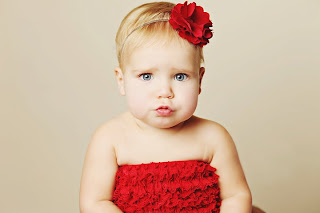 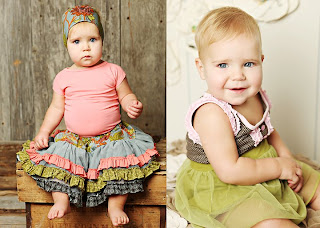 Seriously these are the cutest pictures ever (I know I am biased)!!
Posted by Penny at 11:36 AM 7 comments: