We headed to a friends family's cabin for the weekend. It was awesome!! We spent the weekend snowmobiling and playing cards. It was great to spend time with Mike and some friends. There was no cell phone service up there so no interruptions with phone calls, texts, or emails. It was the best weekend we have had in a long time. Thanks Jen and Chris for a great time!! 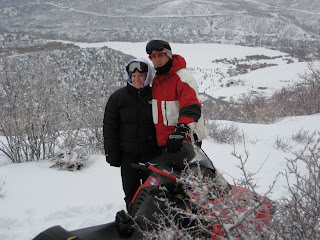 Mike and I snowmobiling. 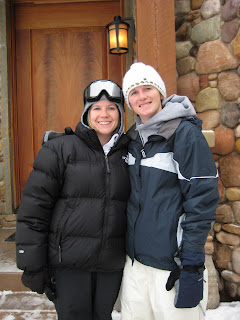 Jen and I in front of the cabin. 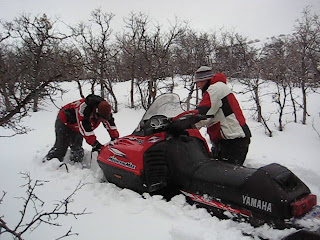 Mike and Chris trying to get the snowmobile unstuck. I had the important job of filming and taking pictures. Buff Jen would help out at times, but Mike told me to just stand back, which was fine with me. 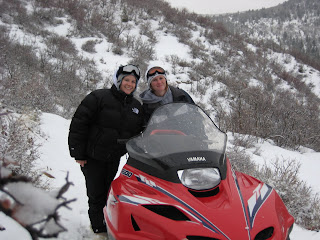 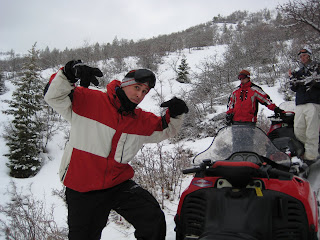 My crazy husband. I was so glad he was driving and not me. At times, I was pretty scared knowing that if we hit something wrong we might go down the side of the mountain. Mike attempted a jump (without me on the back) and he had to jump off the snowmobile. I wish we had in on camera; it was funny--maybe next time.
Posted by Penny at 8:25 PM 7 comments: