Suzette and Jon came to visit last week.  We had a blast!  Thursday we went to a cooking class and learned how to make crusted chicken parmesan and molten chocolate cakes.  Our husbands were quite impressed! That afternoon we went shopping, which is a Grebe girl must!  Friday we went to the gym, Suzette met up with an old girlfriend for lunch, and then went to Provo to see Kat's place. 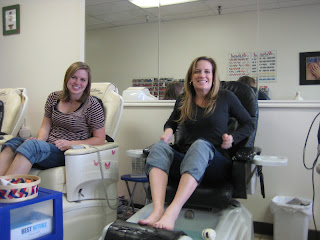 Saturday was a pamper day!  We went to lunch at Kneaders, got manicures and pedicures, and ate dinner at La Jolla in Provo.  Such a yummy restaurant. 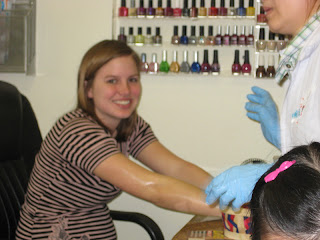 Kat daddy getting her mani. 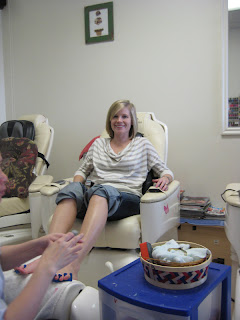 I'm enjoying my pedicure.  What could be better?! 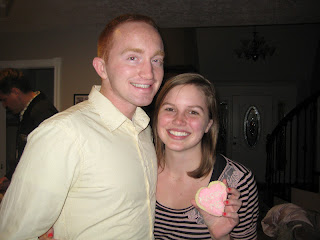 Sunday we went to church and then had a yummy dinner with molten chocolate cake for dessert.  Kat and Mat joined us for the day.  It was such a fun week; I wish all weeks could be like this!  I am so lucky to have such great sisters!! Can't wait for our next get together!
Posted by Penny at 1:51 PM 3 comments:

My Unlce Keith was driving to Salt Lake from Denver for a genealogy conference so my Grandma decided to tag along.  She stayed in Provo on Wed and Thur to visit her sisters, Carol and Alice, and then came to my house Friday and Saturday.  It was so fun to hang out, play games, and watch Izzy interact with her.  Seriously for a 92 year old lady, I don't know how she does everything she does!  She makes quilts, books, hot pads, blankets, hats, booties, the list goes on and on! 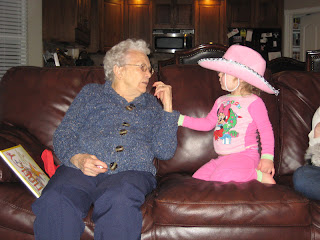 Grandma's hearing aid made a squealing sound when you touched it and Izzy thought it was hilarious.  She would go up to Grandma and say, "grandma ear" and then push on her ear. 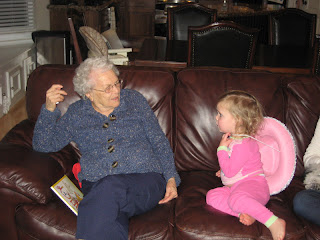 I loved watching them interact. 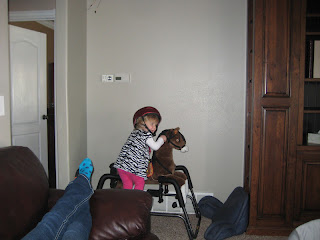 Izzy is obsessed with wearing a helmet or her cowboy hat, especially when riding her horse.  It started when we were in Rhode Island and she found a helmet at the house we were staying at and she wore it everyday. 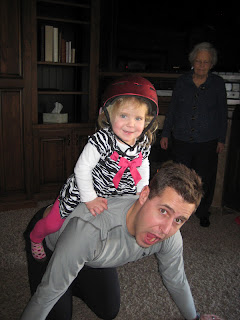 She thinks Daddy is a horse. 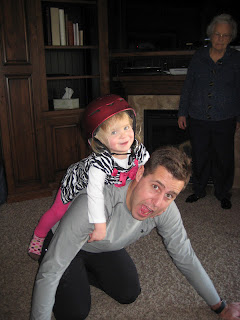 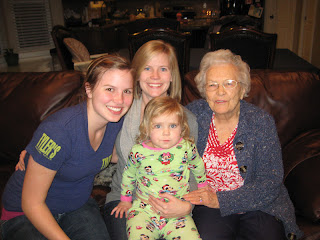 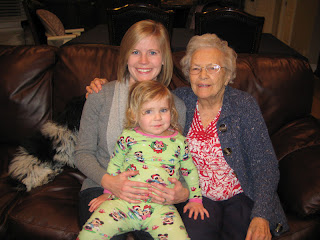 Thanks Grandma for coming to visit! We had so much fun!!
Posted by Penny at 2:32 PM 2 comments:

When Izzy was two months old Mike was inducted to the baseball Hall of Fame for the Newport Gulls (a summer league team he played on while he was playing at BYU).  Izzy and I didn't fly out because she was just a baby and it was middle of the winter on the east coast, not my idea of fun.  Well this year they had the second annual induction and Mike wanted to go to support some of his teammates who were being inducting.  I had been feeling pretty sad the couple weeks before, missing my family, homesick, etc so Mike had a little surprise for me when we got to Rhode Island.  We were walking to baggage claim and my dad came around the corner.  My first thought was where he is flying to that he would have a layover in Boston (my dad is always going somewhere).  It took me a few minutes to realize he was there to hang out with us. 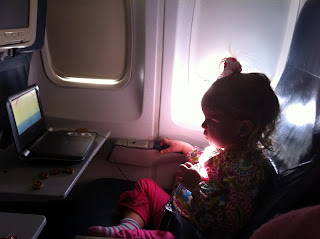 Best gift ever! If you know me and my family we LOVE black Friday shopping (that is probably an understatement). We were staying at Mike's family's house for Thanksgiving, but I convinced Mike to go shopping with me on Friday.  This nifty little DVD player was half off at Toys-r-us; best money I ever spent! Izzy was so happy on the flight. 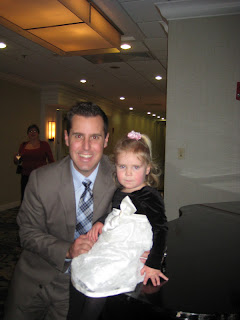 At the induction ceremony. 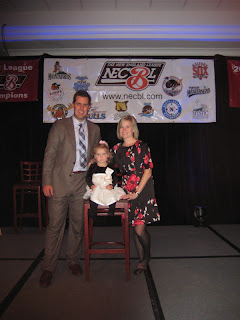 I spent most of the night chasing this little rascal around, which is why I'm not wearing my shoes. 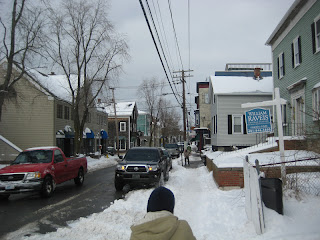 There was a big snow storm while we were there, probably more snow in one day than we have seen in Utah all year.  But we still went for a walk around downtown Newport on Sunday. 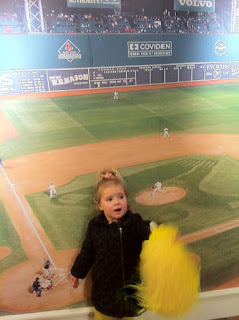 On Monday we went to Boston to do some sight seeing before our flight.  There was a cute picture of Fenway park. 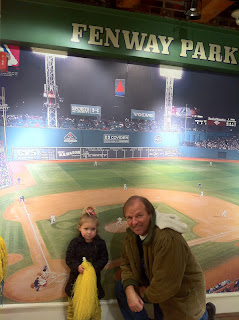 Izzy and Papa; she had so much fun with him.  I am so glad my Dad is always up for a trip and made the trek out to Rhode Island. 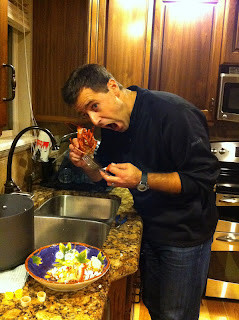 Mike's favorite part-he came home with 10 fresh lobster.  They were still crawling around the ice chest when we got home.  He ate two that night.  I hate seafood and the smell of it, luckily he ate them every night for a few days straight so the smell was done and over quickly. 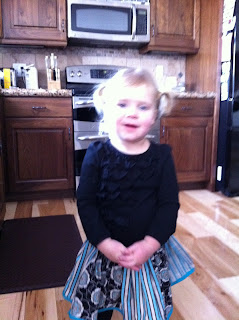 My super talented cousin, Rachel, made this cute skirt for Izzy.  She wants to wear it everyday.  I love it! Thanks so much Rachel; you're the best!!
Posted by Penny at 7:47 PM 2 comments: