Mike's friend, Sam Noel, was finishing the Grand 2 Grand Race, which is a 177 week long foot race.  The race would be finishing near Bryce Canyon, so we decided it would be a fun family vacation to go watch him cross the finish line and spend some time in Bryce.  Izzy was super excited that she got to miss school on Friday.  Matt was also in town, so he came down with us.  We loaded up Friday morning and headed down. 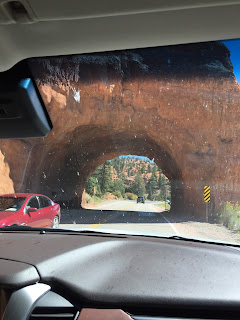 The first sight of red rock as we were driving to Bryce.

When we got there we ate lunch and then went into Bryce.  First, we went to Bryce Point.  The views were breathtaking.  I had never seen anything like that.  We did some hiking and walking around, but we weren't really dressed for hiking, so we headed to the Best Western Plus hotel. 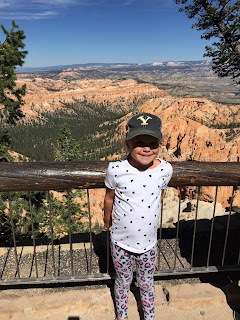 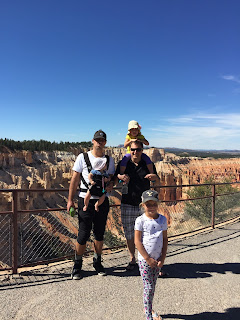 Doesn't get any prettier than this. 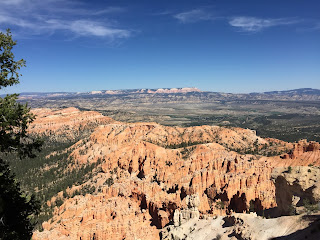 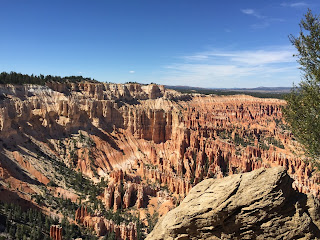 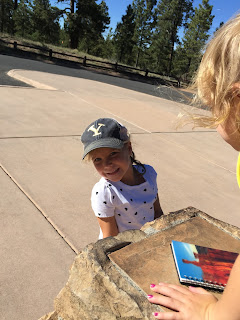 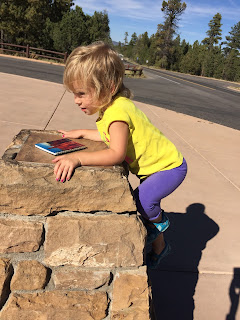 The girls had been begging to swim, so we headed to the pool and then grabbed dinner. 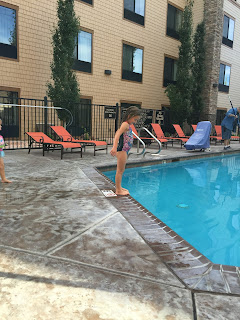 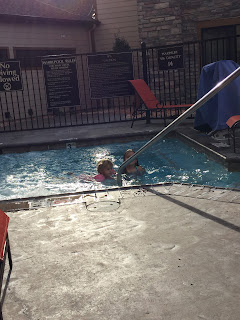 After dinner we went back into Bryce and went to Sunset Point; the view was still gorgeous. 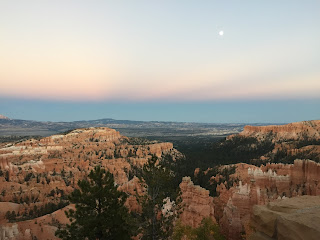 We headed back to the hotel, put the kids to bed and watched a movie.  They were so excited to all be sleeping in the same room, they thought the hotel was pretty cool.  There was a pull out couch for Matt to sleep on and fortunately the bathroom was huge so we were able to put Brielle's pack n play in there.

Saturday morning Mike and Matt headed to the race finish line and I stayed behind with the girls.  We went to the breakfast buffet at the hotel and then they wanted to go to the pool at 8:45 am.  We had to wait til 9 for it to open.  It was so cute watching them play in the water.  My favorite part was when they would play swim lessons and Izzy would teach Cambry how to swim.  After the pool we walked to the local shops.  They played in the pretend jail, rode the horse, and ate ice cream. 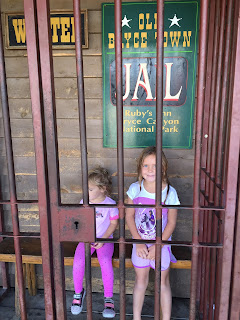 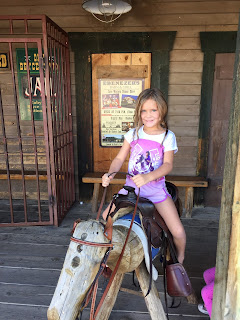 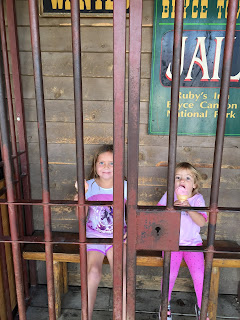 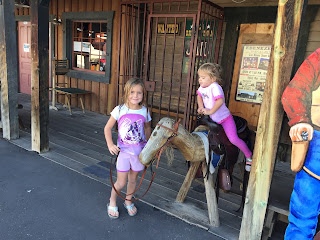 She can find a horse wherever she goes. 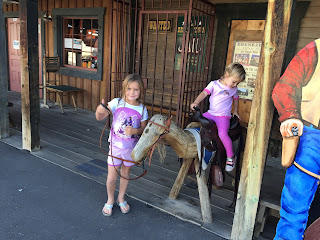 Around noon we met up with Mike and Matt and went back into Bryce to do some more hiking around Sunset Point.  The views were spectacular and I'm sure we will go back in the future, especially because Izzy didn't get to go horseback riding.  She wanted to so bad, but she had to be 7 because of insurance purposes, which she did not understand. Next time... 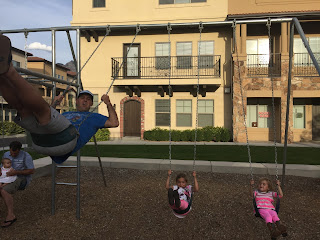 On Sunday evening we enjoyed a nice walk to Tuscana and the girls enjoyed playing on the swings. They tried to go as high as Daddy!
Posted by Penny at 11:16 AM