Tuesday we were in St. John's.  Mike ordered room service, eating on a balcony in the Caribbean, what could be better?! I went to the gym and then we met up with the group to head to Jolly Harbor.  I have been to a few beaches in my lifetime, I'm not saying I'm a world traveler, but I've seen some beautiful places in Hawaii, Costa Rica, and I've been to several of the Caribbean Islands before.  But I have never been to St. Johns.  And this beach WOWED me! Hands down the prettiest water I have ever seen.  I could have stayed here forever.  I absolutely LOVED it!  We relaxed on the beach for a while.  Mike was pretty sunburnt at this point (he didn't listen to Emily's repeated warnings to reapply sunscreen on Sunday).  Luckily, a local had a great potion of aloe vera and who knows what else.  He gave Mike a rubdown with his magic potion. 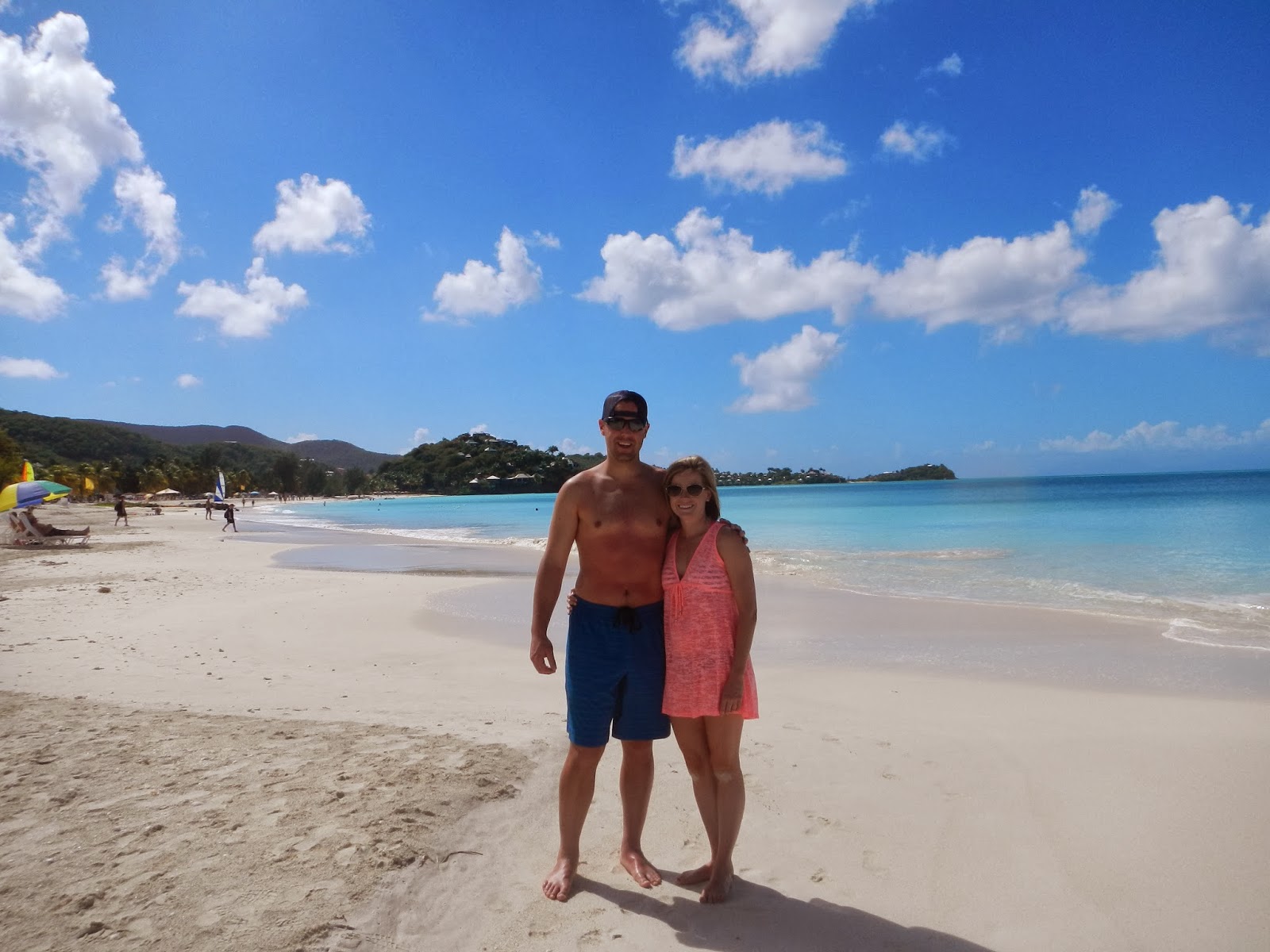 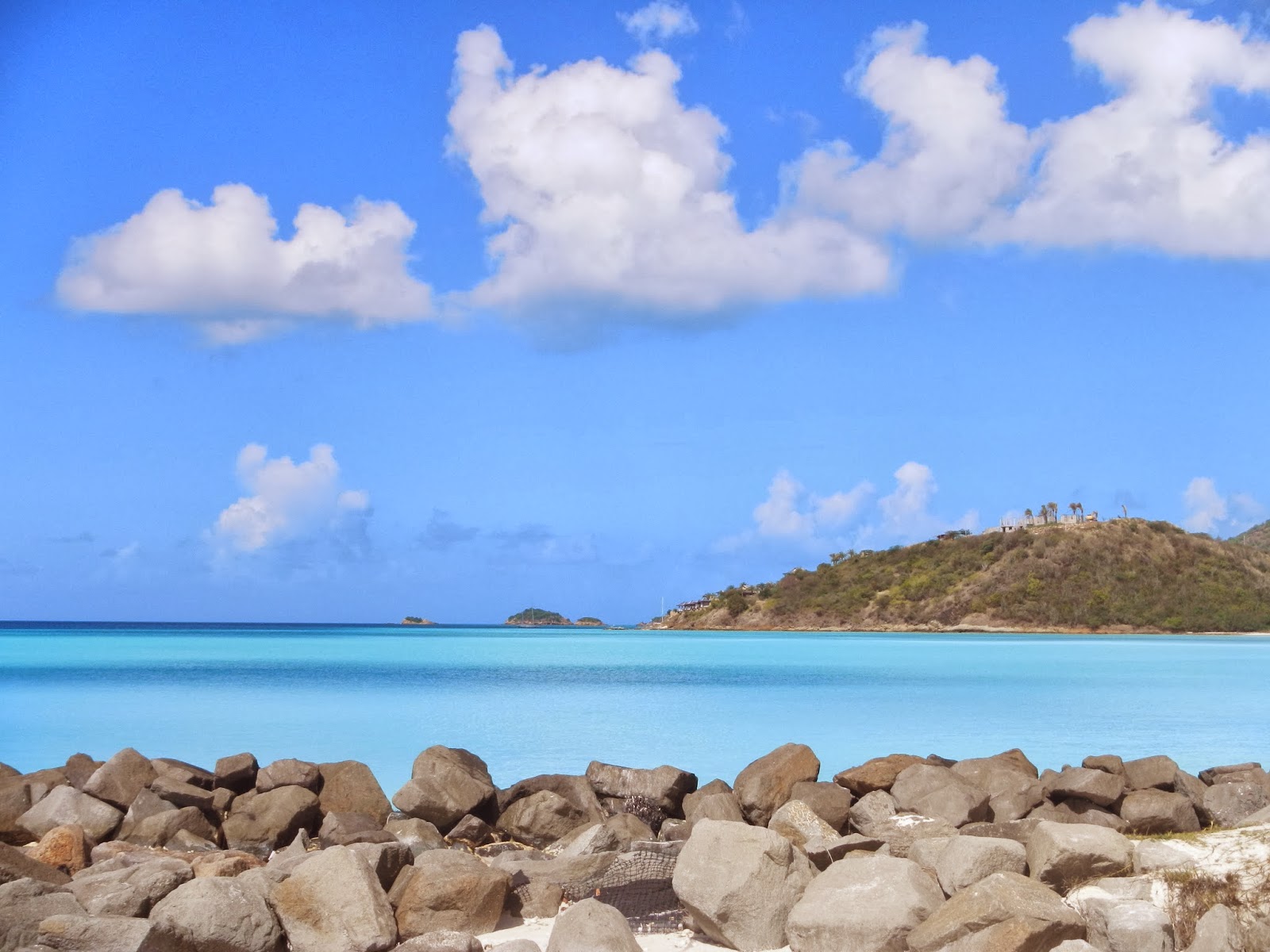 Seriously have you ever seen anything prettier? 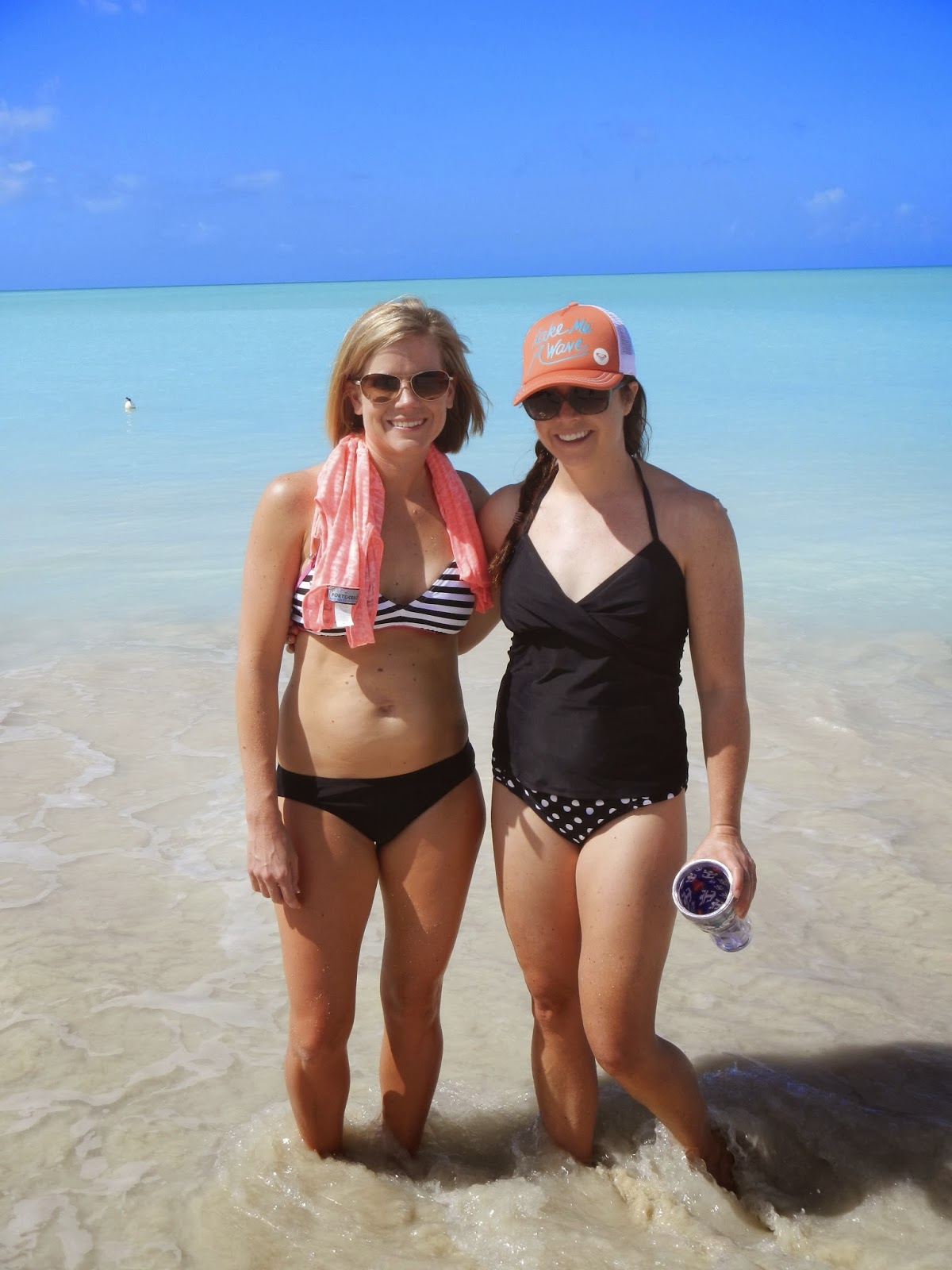 Love this girl!  She is my partner in crime at cross fit every morning. 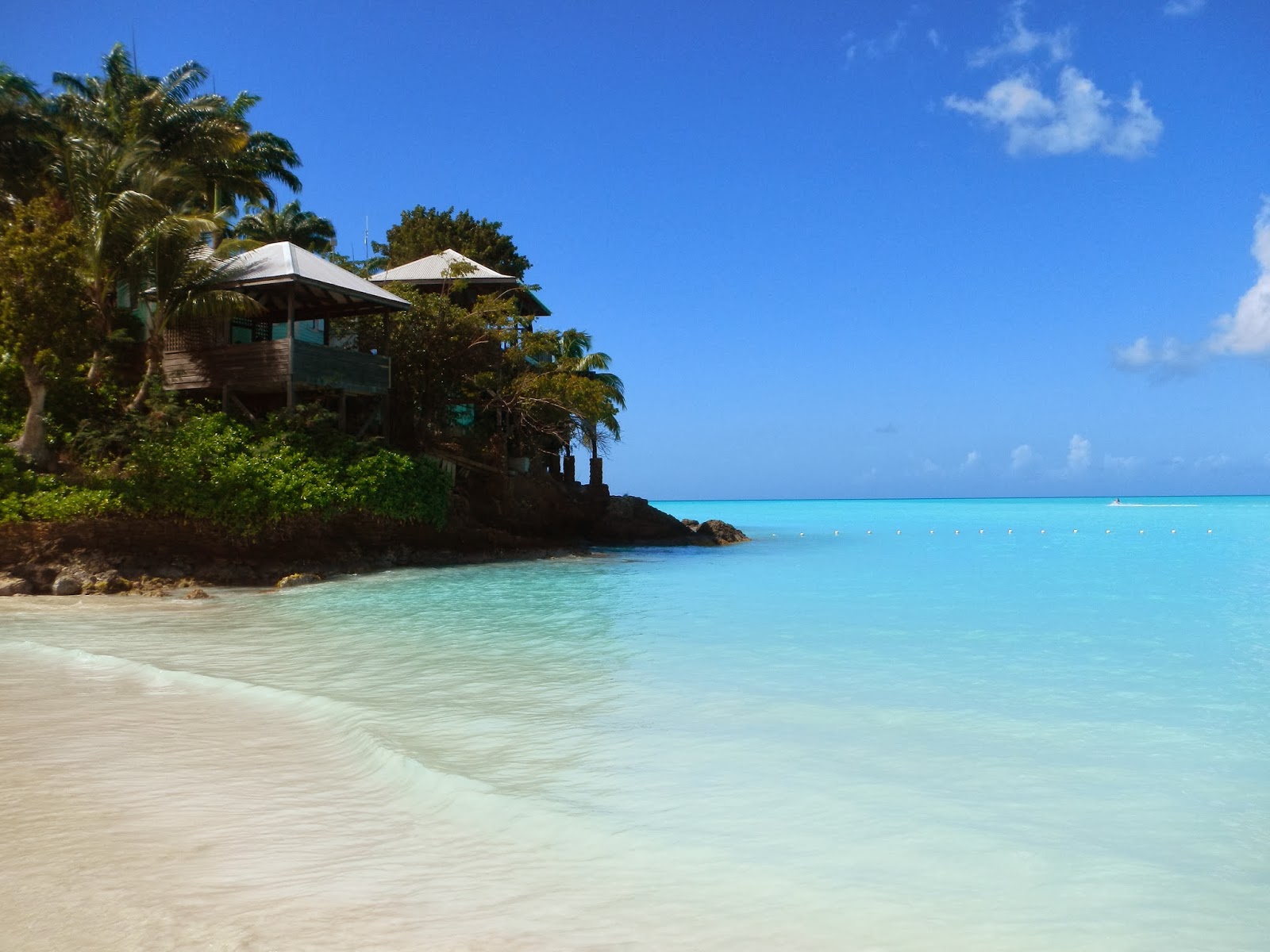 My dream is to live in one of those villas.  Paradise everyday. 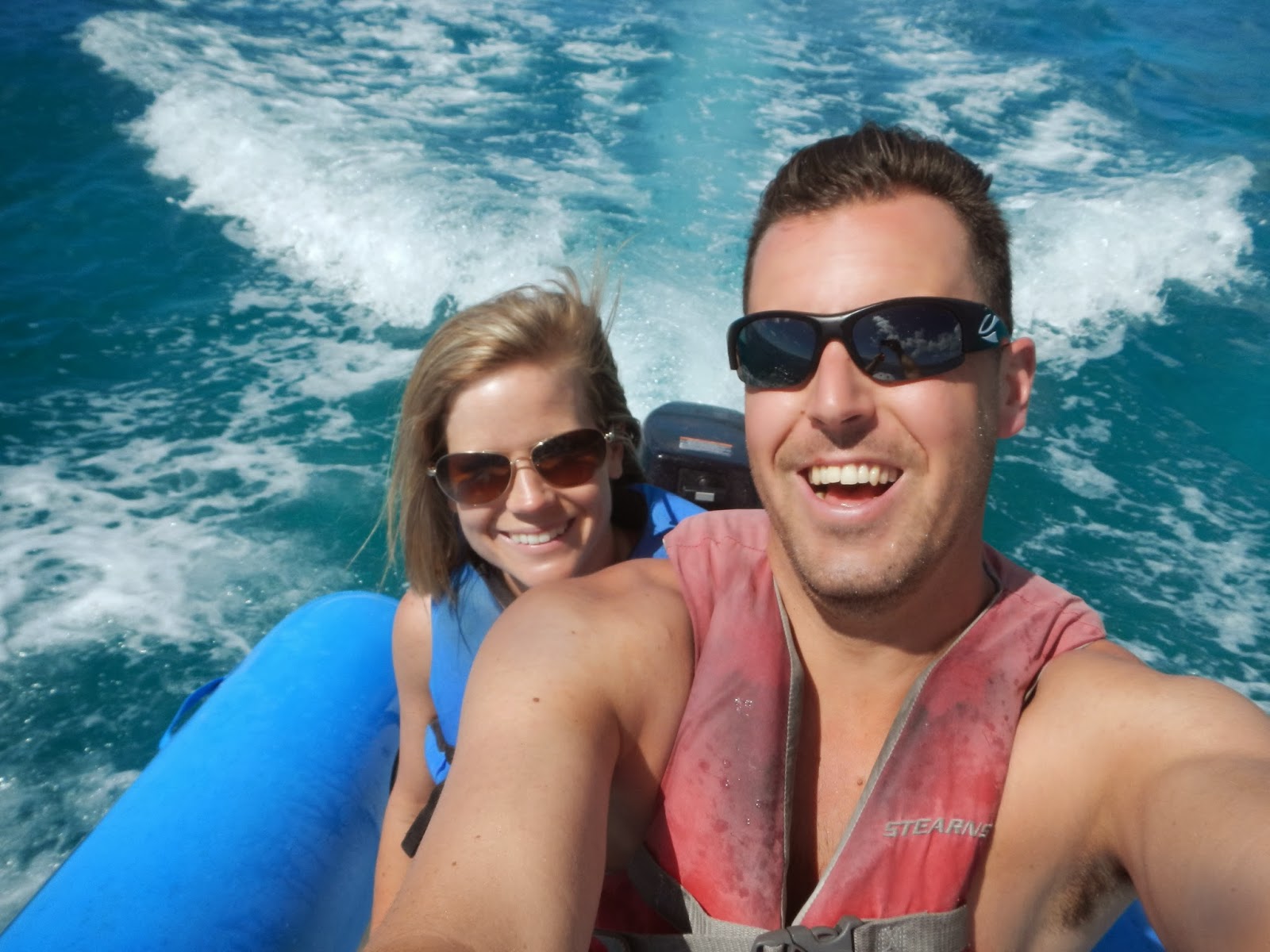 We went on reef riders which was a lot of fun! 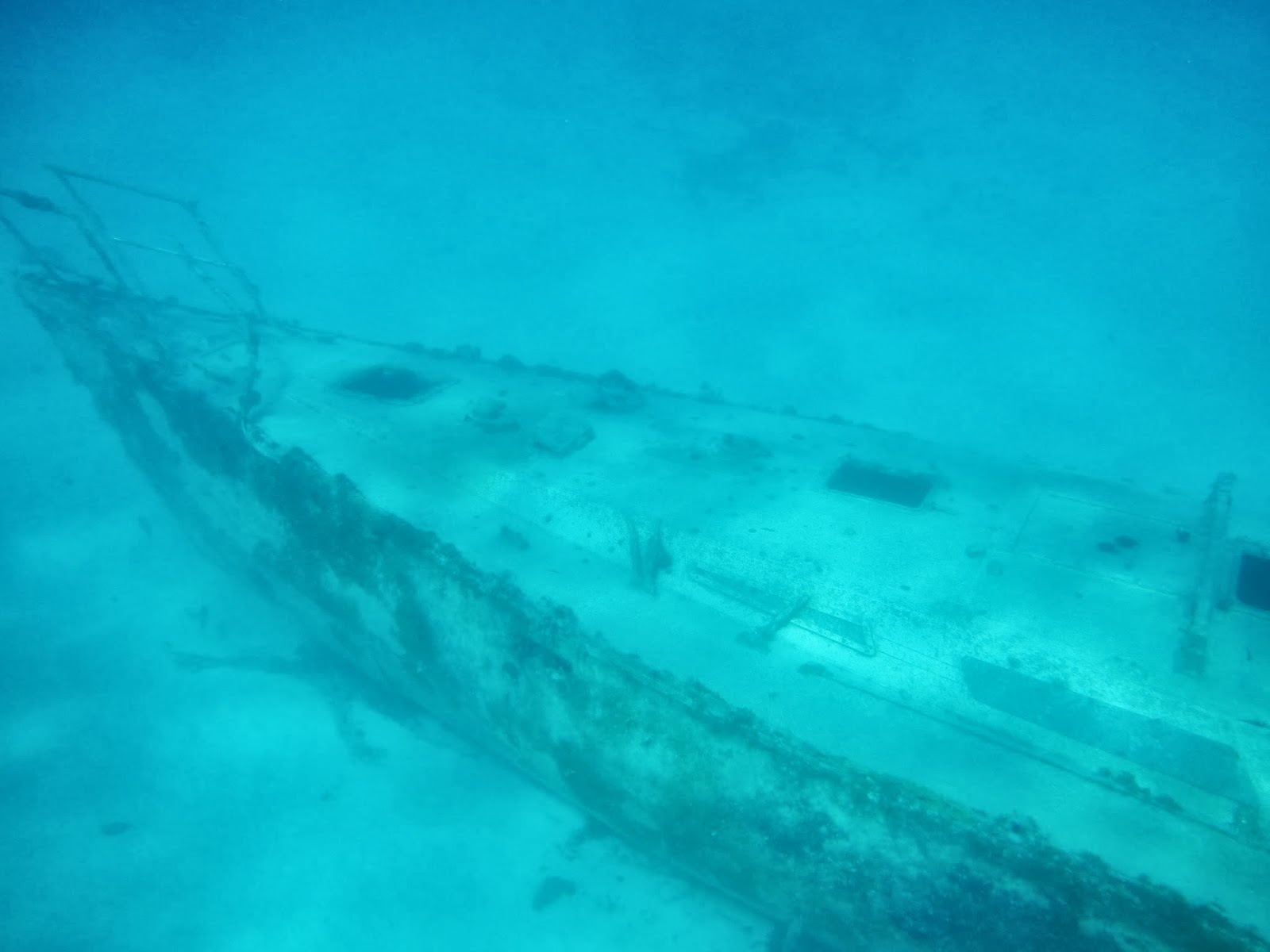 After riding for a while we did a little snorkeling.  They showed us a boat that had sunk.  The snorkeling was good, but the masks sucked, so it didn't make for much fun.  Note to self, I am buying my own mask for the next trip we take. 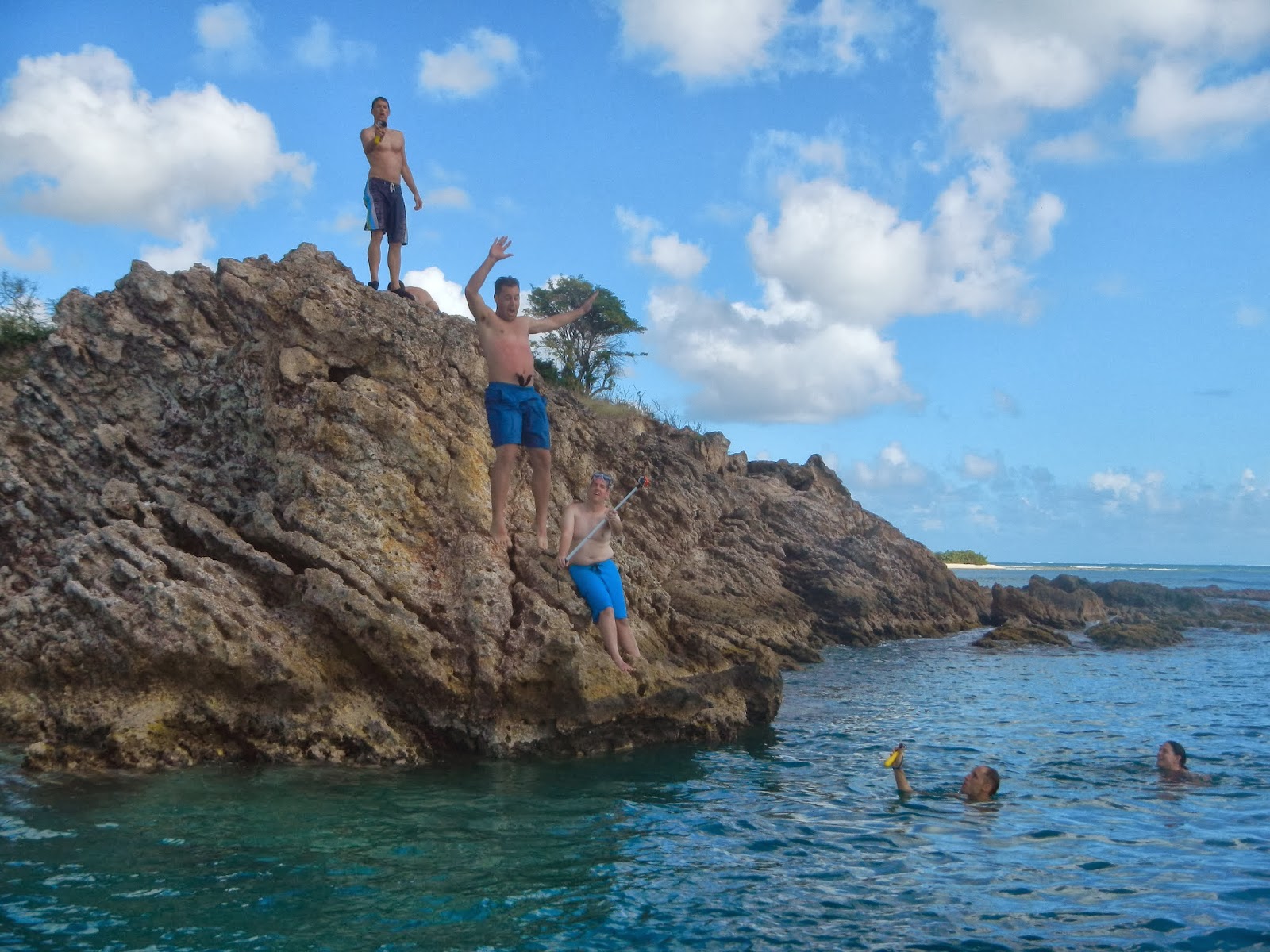 The boys doing a little cliff jumping.  It looked fun, but I was already dry and didn't feel like getting wet again.  I know I'm lame!
The only downfall of this island was we left our go pro on the reef rider (we think) never to be seen again.  It sucks to lose all the pics and videos we are taken of the trip so far.  Thankfully, our friends were doing a pretty good job documenting as well. 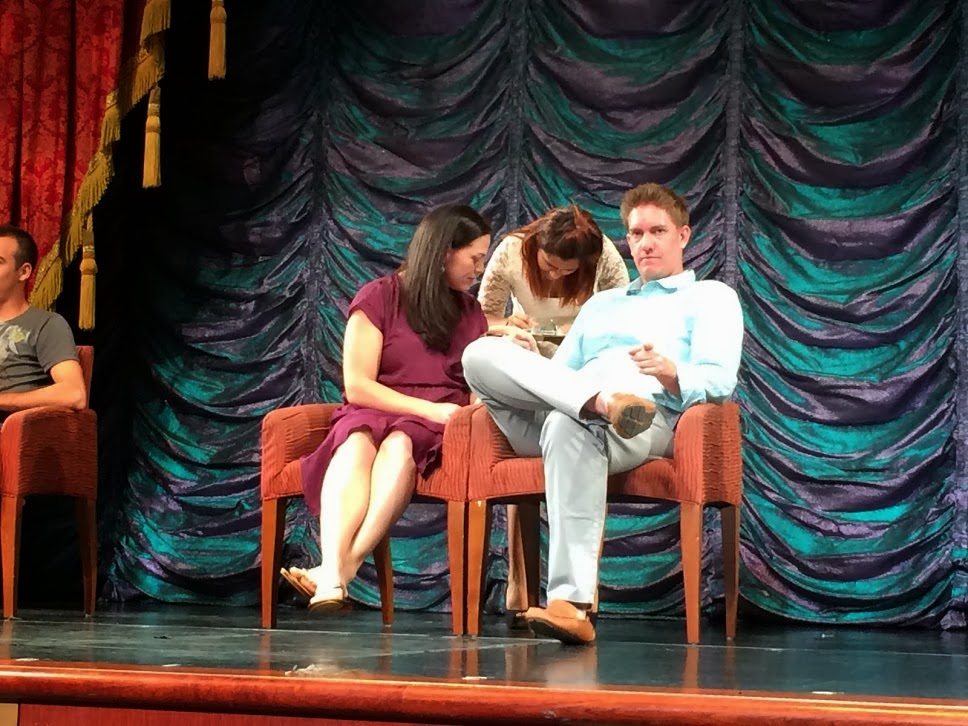 Mike went back to the room because he was tired and his sunburn was bothering him.  Plus I think he wanted to watch some ESPN.  I went to a dance show (it was lame) and then the next entertainment was the marriage game show.  The Forstners were chosen to be on the show.  The show was hilarious! When I got back to the room, Mike was watching the marriage game show on TV, he said he had fallen asleep and just woke up and saw it.  So we enjoyed a few more laughs and then off to bed.

This trip looks amazing, and St. John looks spectacular! Love you and glad you got to get away.